An Eye For An Eye

It’s a dreary and unpleasant San Francisco night as undercover narcotics cops Sean Kane (Chuck Norris) and Dave Pierce (Terry Kiser) head into a dark alley to meet up with an informant who promises to break their big investigation wide open by providing the name of the ringleader.

Minutes later, Pierce is dead after having been shot, hit by a car, and burned to a crisp.

Kane gets into trouble with his boss, Captain Stevens (Richard Roundtree), for sending one of the killers flying out a third story window to his death in full public view right after the incident. Rather than face discipline, Kane quits the force.

Kane’s not the only one who’s angry; Dave’s girlfriend, reporter Linda Chan (Rosalind Chao), is too, and she vows to bring the drug gang down herself by way of investigative reporting and public exposure. However, when Linda uncovers the secret that Kane and Pierce never found, she, too, is killed.

Now Kane’s not just angry; he’s furious, and so is Linda’s grieving father James Chan (Mako). Kane vows to get to the bottom of things himself and bring down the drug gang, which is led by Morgan Canfield (Christopher Lee).

Buy the 'An Eye for an Eye' Movie

Fun
Martial Arts
October 2nd, 2010 by heretic Haven’t trained all week, at all, can’t count Intuflow in the shower lolol. I’ve had a cold and the end of the quarter is frenetic at my work – man...
Read More 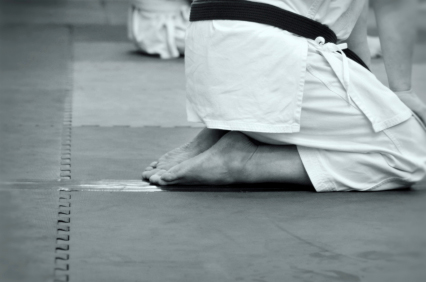 Personal Observations: Karate after 25 Years of Training
General Interest
By Paul A. Walker If you have been studying karate for any length of time now, you have probably come to realize many important insights from your training. From my own study of karate, I have come to...
Read More