Two young men, Jun-Bo (Jet Li) and Chin-Bo (Chin Siu Ho) were taken in as boys by the monks of the Shaolin Temple, the famous school for martial arts. Jun-Bo is thoughtful and kind, but is easily swayed to misbehavior by the bullying, rebellious Chin-Bo. Their disobedient ways finally get them evicted in disgrace (after a fight with the entire school), and they wander to a nearby town, where they meet two attractive women, Miss Li (Fannie Yuen) and Siu Lin (Michelle Yeoh, a.k.a. Michelle Khan), who are part of a rebel band fighting a corrupt overlord.

Chin-Bo’s lust for wealth and status leads him to join forces with the overlord. His treachery drives Jun-Bo insane; Jun-Bo’s gradual recovery leads him to develop the discipline of tai chi, with which he ultimately topples the overlord.

This plot summary of Twin Warriors doesn’t do the movie justice; hardly 10 minutes go by without another spectacular fight sequence--and one of the great things about Hong Kong action movies is that women can often fight as well as the men.

Early on in the movie, Siu Lin is searching for her lost husband; when she finds him, she gets into a knock-down, drag-out fight with her husband’s new wife. It’s unfortunate that the English language script is poor; though the characters are broad and melodramatic, they don’t have to be as goofy as the dubbing makes them.

Even so, it’s a strong outing for Jet Li and Michelle Yeoh, two of Hong Kong’s action superstars. 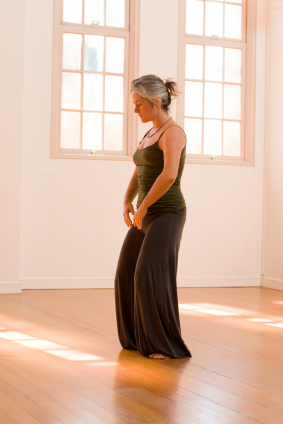 How Well Do You Breathe?
Breathing
By Aaron Hoopes Breathing is essential to Yoga practice, yet it is often the most neglected aspect of our training as we work to perfect our posture, stance and alignment. The simple fact is that brea...
Read More