Do-No-Kai Temple, located in the hills overlooking Lake Chapala, the largest lake in Mexico, is located about 30 minutes south of Guadalajara. This martial arts school was built in 1979 by three martial artists, Lonny Riddle, Cindy Paul and James Deaver, with the aim to create a place to teach and practice traditional martial arts.

Do-No-Kai Martial Arts Temple was created in 1979 by founder Lonny Riddle Shihan, with the goal of teaching and furthering the path of the warrior. Riddle Shihan has been practicing and teaching martial arts for over 50 years, almost 30 of which have been at Do-No-Kai Temple, located in the rolling hills overlooking the largest lake in Mexico just outside of Guadalajara. This well-established working dojo is referred to by the students as “the Shaolin Temple South.”

The martial arts styles taught at Do-No-Kai Temple are: Kobu-Jitsu (the art of weaponry), Ju-Jitsu (the Japanese “Gentle Art,” from which both Aikido and Judo were founded), Wing Chun Kung Fu (a close-in Chinese boxing system), Tai-Chi Chuan (also known as “The Grand Ultimate Fist”) and Pak-Qua Chuan, the sister to Tai-Chi Chuan. Do-No-Kai Temple offers instruction in all five styles, as well as women’s self-defense. All classes are taught in English. 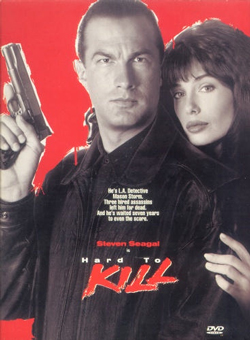 Hard to Kill
Movies
1990 Starring: Steven Seagal, Kelly LeBrock, William Sadler Mason Storm (Seagal) is honest and honorable cop. He videotaped a mobster being contracted by someone to kill someone. While Storm was not a...
Read More
Ikken Hissatsu
General Interest
ADULT STUDENTS ONLY! Kid's, go play outside ... this ain't for you! What does Ikken Hissatsu mean? 'To kill with one blow.' This is a controversial topic and there's a whole lot of stuff on the intern...
Read More 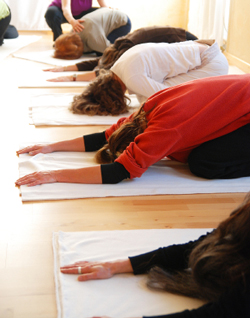 Yoga - At Home or a Class?
Yoga
By Rob Forchet Naturally, the only way that you'll get good at yoga is to attend yoga classes. If you've never tried yoga before and would like to find out how to get started, yoga classes are a great...
Read More