Ok so I know I said I would talk about the instruments of capoeira but I have just finished a class where the importance of the songs came up.

The songs of Angola capoeira come in two main structures and act as both a referee and commentator for the game (roda).

The first is the ladainha (littany), a solo often sung by the most senior member present, usually the one playing lead berimbau.

These songs may be improvised on the spot, but are most often chosen from a canon of extant ladainhas. Topics can be stories, history, important news as well as pure poetry, and almost always metaphorical. Here is a ladainha I pulled off the net.

Ieeeee
I am sick
of living here on Earth
Tomorrow I'll go to the Moon
I said to my wife
And she responded
Then we'll go, God willing
We'll have a little ranch
All made of straw
Tomorrow morning at seven
We'll have some coffee
What I never believed
Nor could I ever confirm
The moon would come to Earth
And the Earth to the Moon
This is just talk
to eat without working
Sir, good friend, old colleague
Listen well to my song
He who is the master of his land doesn't envy
And he who isn't certainly will
Camaradinho

An interpretation of this song could be: Nothing comes easy without hard work. The person who sings the ladainha cries out "Ieeeeeeee" (pronounced YaaaaaaaaY) to call to order the attendees of the roda, that the roda is starting. The ladainha ends with "Camará", "Camaradinho" (fits better rhythmically), or conversely, "É hora, hora" (It's the hour). This tagline marks the end of the ladainha and the beginning of the chula, or more properly louvação (praise). http://en.wikipedia.org/wiki/Capoeira_music

The other type of song found in capoeira Angola is a basic call and response style. This type of song can give encouragement, call for a better game or comment on someone’s great move. Here is what Wikipedia has to say about it.

The chorus is often indicated by being used as the first line in the song:

The corrido communicates with the action in the roda (though without the level of interaction in a traditional samba de roda) to inspire the players, to comment directly on the action, invokes, praises, warns, tells stories, and teaches moral values. There is a corrido for welcoming the roda, for closing the roda, asking for the players to play less aggressively, more aggressively, to not grab the other person, and the list continues. Corridos can also be challenges (desafios). The lead will sing a corrido then after some time sing one very similar, requiring the chorus (everyone else save the two playing in the roda) to be paying close attention to sing the correct response or two singers can switch corridos on a certain subject. This use of the corrido in a roda is more rare, requiring a bit more expertise on the part of the singers than normal. The desafio/challenge can be used with ladainhas as well. The corridos have the broadest melodic variation from one to the next, though many corridos share the same melodies. Thus a vast repertoire of corridos can be learned and improvisation within corridos becomes a less daunting prospect. Like the louvação, the corrido response is sung in unison, and like the louvação an occasional harmonization, usually a third above, is used as a punction by one of the singers.

These songs add an extra dimension to the game and the importance of learning Portuguese is really apparent when the laugher starts and you’re the only one not getting the joke. In one game we had all three berimbau break and the next song to be sung was to bless the instruments (at least I think that’s what happened). But the songs really help make the game feel like a game.

Next week instruments and movement!!

oh and if there is anyone you think would be great to train with let me know!!

The Influence of Mentoring in Aikido

The Ideal Taekwon-Do Instructor
Training and Technique
Soldiers are as strong as the general who leads them, and, in a like manner, students can only excel under an excellent instructor. We cannot expect a bamboo to grow in a field of reeds, nor can we ex...
Read More 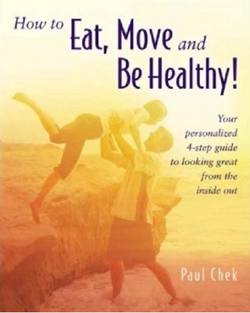 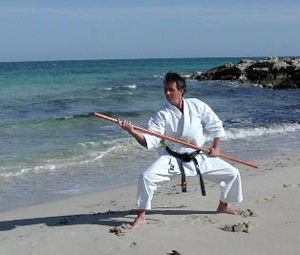 Kobudo
Styles
Kobudo a Japanese term that can be translated as "old martial way of Okinawa". It generally refers to the classical weapon traditions of Okinawan martial arts, most notably the rokushakubo (six foot s...
Read More

As week four comes to a close I find myself trying to work out how to retain and improve the knowledge I have gained. Asking each instructor I was given four separate movements to focus on. In the hope that this weekend at the big parkour gathering in Auckland I will be able to keep up with everyone else.

Three weeks have pasted and this is my last week with Capoeira Mandinga Aotearoa and I have to figure out what it is I want to take away from my training. At the moment I am leaning toward the instruments of capoeira and here is why.