Literally meaning "way of the bow", is the Japanese art of archery. When the bow became obsolete as a weapon the spiritual aspect of archery was developed as a discipline for peace and self-cultivation.

The beginning of archery in Japan is, as elsewhere, pre-historical. The first molded metal images with distinct Japanese asymmetrical longbow are from the Yayoi-period (ca. 250 BC – 330 BC). The first written document is the Chinese chronicle Weishu (dated before 297 AD), which tells how at the Japanese isles people use "a wooden bow that is short from the bottom and long from the top

During these times the bow began to be used in addition to hunting also in warfare. The changing of society and the military class - the samurai - taking power in the end of the first millennium created a requirement for education in archery. This led to the birth of the first kyûdô ryûha (style), the Henmi-ryû, founded by Henmi Kiyomitsi in the 12th century. The Takeda-ryû and the mounted archery school Ogasawara-ryû were later founded by his descendants. The need for archers grew dramatically during the Genpei War (1180–1185) and as a result the founder of the Osagawara-ryû, Osagawara Nagakiyo, began teaching yabusame (mounted archery).

From the 15th to the 16th century Japan was ravaged by civil war. In the latter part of the 15th century Heki Danjô Masatsugu revolutionized archery with his new and accurate approach called hi, kan, chû (fly, pierce, center) and his footman's archery spread rapidly. Many new schools were formed, some of which such as Heki-ry? Chikurin-ha, Heki-ry? Sekka-ha and Heki-ry? Insai-ha remain today.

The use of bow as a weapon of war came to an end when the first Europeans arrived in Japan in 1542. The bow however remained alongside the arquebus for a long time due to its longer reach, accuracy and especially because it was 30–40 times faster. Arquebus however did not require the same amount of training as a bow, so Oda Nobunaga's army consisting mainly out of farmers armed with arquebus annihilated a traditional samurai archer cavalry in a single battle in 1575.

During the Tokugawa-period (1603–1868) Japan was turned inward as a hierarchial caste society in which the samurai were at the top. There was an extended era of peace during which the samurai moved to administrative duty, although the traditional fighting skills were still esteemed. During this period archery became a "voluntary" skill, practiced partly in the court in ceremonial form, partly as different kinds of competition. Archery spread also outside the warrior class. The samurai were affected by the straightforward philosophy and aim for mind control zen-buddhism that was introduced by Chinese monks. Earlier archery had been called ky?jutsu, the skill of bow, but monks acting even as martial arts teachers led to creation of a new concept – ky?d?.

During the changes brought by Japan opening up to the outside world in the beginning of the Meiji-era (1868–1912) the samurai lost their position. Therefore, all martial arts, including ky?d?, grew less in teaching and esteem.

In 1896, a group of ky?d?-masters gathered to save the traditional archery. Honda Toshizane, the ky?d?-teacher for the imperial university of Tokyo, merged the war- and ceremonial shooting styles creating a hybrid called Honda-ry?. It took however until 1949 before the All Japanese Ky?d? Federation (ANKF, jap. Zen Nihon ky?d? renmei) was formed. Guidelines published in 1953 ky?d? ky?hon define how in a competition or graduation, archers from different schools can shoot together in unified form.

In ky?d?, like all archery, the purpose is to hit the target. Ky?d? however is practiced in many different schools, some of which descend from military shooting and others that descend from ceremonial shooting. Therefore, the emphasis is different. Some put emphasis on aesthetics and others to efficiency. It is so, that to hit is to be done with a correct technique. Or in inverse to shoot correctly will result inevitably in hitting the desired target. For this a phrase seisha hitchu, "true shooting, certain hitting", is used.

The supreme goal of ky?d? is the state of shin-zen-bi,"truth-goodness-beauty", which has such a profound meaning that it is difficult to describe well, but can be approximated as: when archers can shoot correctly (truth) with virtuous spirit and attitude toward all persons and all things which relate to ky?d?, beautiful shooting is realized naturally.

Ky?d? practice as all bud? includes the idea of moral and spiritual development. Today many archers practice ky?d? as a sport, with marksmanship being paramount. However, the goal most devotees of ky?d? seek is seisha seichu, "correct shooting is correct hitting". In ky?d? the unique action of expansion (nobiai) that results in a natural release, is sought. When the technique of the shooting is correct the result is that the arrow hits the target. To give oneself completely to the shooting is the spiritual goal, achieved by perfection of both the spirit and shooting technique leading to munen muso, "no thoughts, no illusions". This however is not Zen, although Japanese bow can be used in Zen-practice or ky?d? practiced by a Zen-master. In this respect, many ky?d? practitioners believe that competition, examination, and any opportunity that places the archer in this uncompromising situation is important, while other practitioners will avoid competitions or examinations of any kind.

Since the Second World War ky?d? has often been associated with Zen-buddhism. While ky?d? as such remains non-religious, this misinterpretation is a result of a single book Zen in the Art of Archery (1948) by the German author Eugen Herrigel. Herrigel did not speak Japanese and his view on ky?d? was in part due to mis-communication. Even so Herrigel's book, when translated into Japanese in 1956, had a huge impact on perception of ky?d? also in Japan. 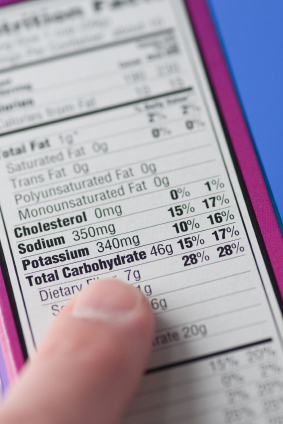 13 Keys to a Healthy Diet
Diet and Nutrition
Developing healthy eating habits isn't as confusing or as restrictive as many people imagine. The first principle of a healthy diet is simply to eat a wide variety of foods. This is important because ...
Read More