The traditional Japanese method of espionage; involves stealthy movements and the use of camouflage.

Ninjutsu was developed by groups of people mainly from the Iga Province and K?ka, Shiga of Japan.

Throughout history the shinobi have been seen as assassins, scouts and spies. They are mainly noted for their use of stealth and deception. They have been associated in the public imagination with activities that are considered criminal by modern standards. Throughout history many different schools (ry?) have taught their unique versions of ninjutsu. An example of these is the Togakure-ry?. This ry? was developed after a defeated samurai warrior called Daisuke Togakure escaped to the region of Iga. Later he came in contact with the warrior-monk Kain Doshi who taught him a new way of viewing life and the means of survival (ninjutsu).

Ninjutsu was developed as a collection of fundamental survivalist techniques in the warring state of feudal Japan. The ninja used their art to ensure their survival in a time of violent political turmoil. Ninjutsu included methods of gathering information, and techniques of non-detection, avoidance, and misdirection. Ninjutsu can also involve training in disguise, escape, concealment, archery, medicine, explosives, and poisons. Skills relating to espionage and assassination were highly useful to warring factions because these activities were seen as dishonorable. The Japanese warriors hired people who existed below Japan's social classes to perform these tasks, these persons were literally called "non-humans". At some point the skills of espionage became known collectively as ninjutsu,and the people who specialised in these tasks were called shinobi no mono.

Seven Tips That Can Teach You How To Meditate
Mind and Body
Many people want to learn how to meditate. There are many different techniques that you can learn, but you need the right setting and circumstances in order for you meditation to be the most effective...
Read More 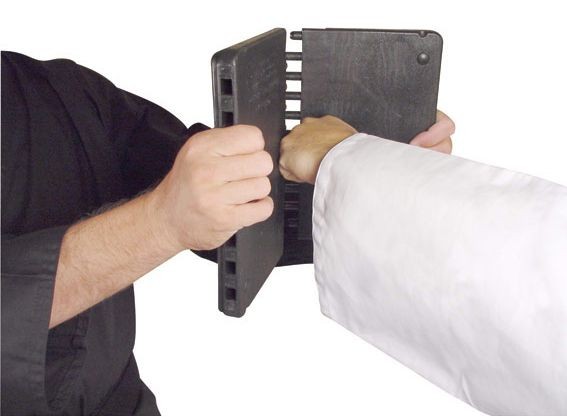 A re-breakable epiphany
Training and Technique
My instructor recently spent six weeks visiting family and friends in his homeland, so it was my responsibilty to instruct the childrens class while he was away. Teaching kids can be quite testing, es...
Read More
Bo
Weapons
The bo or staff The primitive use of long staves or short sticks (bo and jo) is appreciably diminshing as time goes by. Yet, in Japan the staff has shown considerable growth in popularity. Therefore t...
Read More