Taekwondo is a Korean martial art and the national sport of South Korea and is now an official Olympic sporting event.

In Korean, tae means "foot", kwon means "fist", and do means "way" or "martial art", so Taekwondo is loosely translated as "the way of the foot and fist" but some translate it as, "the art of kicking and punching," although the meaning of the Korean word "do" does not correspond to the meaning of the English word "art".

Taekwondo's popularity has resulted in the varied evolution of the martial art into several domains: as with many other arts, it combines combat techniques, self-defense, sport, exercise, meditation and philosophy. Taekwondo is also used by the South Korean military as part of its training.

Traditional Taekwondo is typically not competition-oriented but stems from military roots with great emphasis on offense. Modern Taekwondo, on the other hand, tends to emphasise control and self-defense. Formally, there are two main styles of Taekwondo. One comes from the Kukkiwon, the source of the sparring system sihap gyeorugi which is now an event at the summer Olympic Games and which is governed by the World Taekwondo Federation (WTF). The other comes from the International Taekwondo Federation (ITF).

Although there are doctrinal and technical differences between the two main styles and among the various organizations, the art in general emphasizes kicks thrown from a mobile stance, employing the leg's greater reach and power (compared to the arm). Taekwondo training generally includes a system of blocks, kicks, punches, and open-handed strikes and may also include various take-downs or sweeps, throws, and joint locks.

During the Japanese occupation of Korea, all facets of Korean identity including folk culture, language and history were banned in an attempt to erase Korean culture. Koreans were forced to take Japanese names and to worship at Shinto shrines; Korean-language newspapers and magazines were banned; and during the war, hundreds of thousands of Koreans were forced into service to support Japanese war efforts. Martial arts such as taekkyeon (or subak) were also prohibited during this time, however, taekkyeon survived through underground teaching and folk custom.

In 1952, at the height of the Korean War, there was a martial arts exhibition in which the kwans displayed their skills. In one demonstration, Nam Tae Hi smashed thirteen roof tiles with a forefist punch. Following the demonstration, South Korean President Syngman Rhee instructed Choi Hong Hi to introduce the martial arts to the Korean army.

By the mid-1950s, nine kwans had emerged. Syngman Rhee ordered that the various schools unify under a single system. The name "taekwondo" was either submitted by Choi Hong Hi, or Song Duk Son of Chung Do Kwan and was accepted on April 11, 1955. As it stands today, the 9 kwans are the founders of Taekwondo. The Korean Taekwondo Association (KTA) was formed in 1961 to facilitate the unification.

Shortly thereafter, taekwondo made its début worldwide. Standardisation efforts in South Korea stalled, as the kwans continued to teach differing styles. Another request from the Korean government for unification resulted in the formation of the Korea Tae Soo Do Association, which changed its name back to the Korean Taekwondo Association in 1965 after General Choi was appointed the organisation head.

Currently, Taekwondo is practiced in 188 countries with over 70 million practitioners and 4 million individuals with black belts throughout the world.

Also see Tang Soo Do and Soo Bahk Do 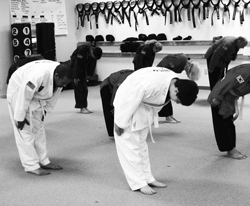 Choi Kwang Do
Styles
Choi Kwang Do was developed by Grandmaster Kwang Jo Choi between 1978 and 1987 and has proven to be one of the most effective martial arts system's in the world. Choi Kwang Do’s natural, easy-to-learn...
Read More 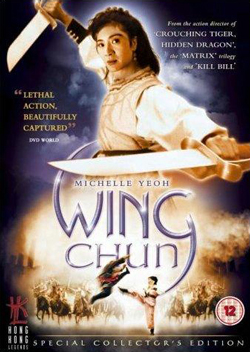