Wushu, also known as modern wushu or contemporary wushu, is both an exhibition and a full-contact sport derived from traditional Chinese martial arts.

It was created in the People's Republic of China after 1949, in an attempt to nationalize the practice of traditional Chinese martial arts. Most of the modern competition forms were formed from their parent arts by a government-appointed committee.

In contemporary times, wushu has become a truly international sport through the International Wushu Federation (IWUF), which holds the World Wushu Championships every two years; the first World Championships were held in 1991 in Beijing and won by Clark Zhang.

Taolu forms are similar to gymnastics and involve martial art patterns and maneuvers for which competitors are judged and given points according to specific rules. The forms comprise basic movements (stances, kicks, punches, balances, jumps, sweeps and throws) based on aggregate categories traditional Chinese martial art style and can be changed for competitions to highlight one's strengths. Competitive forms have time limits that can range from 1 minute, 20 seconds for the some external styles to over five minutes for internal styles. Modern wushu competitors are increasingly training in aerial techniques such as 540 and 720 degree jumps and kicks to add more difficulty and style to their forms.

Sanda (sometimes called sanshou or Lei Tai) is a modern fighting method and sport influenced by traditional Chinese boxing, Chinese wrestling methods called Shuai Chiao and other Chinese grappling techniques such as Qin Na. It has all the combat aspects of wushu. Sanda appears much like kickboxing or Muay Thai, but includes many more grappling techniques. Sanda fighting competitions are often held alongside taolu or form competitions.

History
In 1958, the government established the All-China Wushu Association as an umbrella organization to regulate martial arts training. The Chinese State Commission for Physical Culture and Sports took the lead in creating standardized forms for most of the major arts. During this period, a national Wushu system that included standard forms, teaching curriculum, and instructor grading was established. Wushu was introduced at both the high school and university level.

In 1979, the State Commission for Physical Culture and Sports created a special task force to teaching and practice of Wushu.

In 1986, the Chinese National Research Institute of Wushu was established as the central authority for the research and administration of Wushu activities in the People's Republic of China. Changing government policies and attitudes towards sports in general lead to the closing of the State Sports Commission (the central sports authority) in 1998. This closure is viewed as an attempt to partially de-politicise organised sports and move Chinese sport policies towards a more market-driven approach.

As a result of these changing sociological factors within China, both traditional styles and modern Wushu approaches are being promoted by the Chinese government.

My Base
Training and Technique
This is just a short blog that really will probably be ignored, but it comes with a question at the end.I've been lacking in training lately, and so to try and get everything back into order, I've sta...
Read More 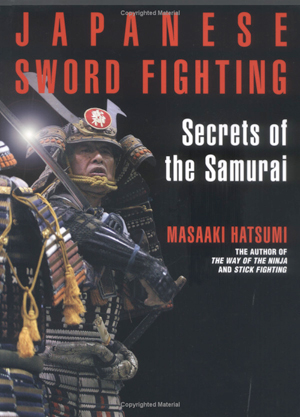