Last night in class I covered the basic plucking defences against chokes. We must be wary of the law of familiarity where we start to take the basics for granted as we progress and learn more advanced techniques to add to our arsenal. Fundamentals need to be practiced daily particularly in Krav Maga where many techniques are built around several instinctive principles.

This week I was watching episode ten of the ultimate fighter season twelve where Freddie Roach made a guest appearance. This is a man whose stable consists of four world champions and who has trained twenty seven world champions in his career. Freddie said that if he can make someone a better fighter he would; this is what he was born to do. Watching him train the Ultimate Fighter contenders he was simply working on basics, one two combos, advising one fighter not to bring the head forward as he jabs, footwork and staying loose until the moment of impact.

When I started training in Krav Maga I was a black belt in TKD and ran two morning and two evening classes a week at the local dojang. When I mentioned the Krav Maga training to other instructors at the dojang they would tell me they have a lot of respect for Krav Maga, but it is just not their thing. The master who operated the business even said to me that I am wasting my time with Krav Maga and should fully focus on Taekwondo. When I told him that the system deals with many threats not covered by our Taekwondo and Hapkido training the master simply told me that martial arts are not truly about self defence; he went on to say if someone wanted me dead they would just shoot me.

When I used to work the doors I was determined to be effective at my job working in a busy and often violent night venues in the UK. I knew that a mistake on the doors could lead to a visit to the hospital or worse. In my time on the doors I have seen edged weapons, bottles, glasses and chairs used and knew that most of the dojo stuff goes out of the window when responding to an incident. Operational tactics often would involve immobilizing and restraining the attacker, disrupting balance and sometimes using takedowns.

I and other doormen yearned for training which would closely resemble the operational environment. The SIA licensing scheme that had come into effect in the UK only addressed the customer service side of door work and did not provide any hard skills in terms of restraint and close quarter combat. Personally I view this as a big mistake by British Home Office and since then I have seen amendments to the SIA scheme at the cost to the patrons injured by untrained door-staff. I and many others felt let down that after so much planning and pilot testing the SIA scheme just did not deliver the standard which it set out to maintain in the security industry. 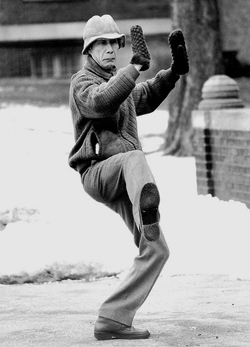 T’ai Chi Chuan
Styles
Tai chi chuan is an internal Chinese martial art often practiced for a variety of reasons including health problems: its soft martial techniques, demonstration competitions, health and longevity. Con...
Read More
Training the basics
Martial Arts
One of the main challenges around training is know when to do what for how long. Please understand that martial arts is a time expensive activity and because of that people like me who have chosen to ...
Read More 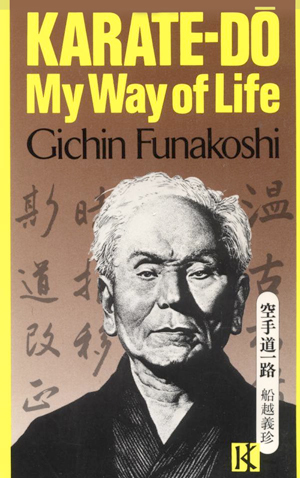 Karate-Do: My Way of Life
Books
by Gichin FunakoshiLinking the time when karate was a strictly Okinawan art of self-defense shrouded in the deepest secrecy and the present day, when it has become a martial art practiced throughout t...
Read More