This has been adapted from my blog at http://shotokankaratedo.org.nz/2011/08/20/never-complain-never-explain/.

Occasionally, prior to class, I get approached by a student who proceeds to describe in great detail an injury or ailment they are carrying and without meaning to sound heartless I find myself thinking, "Why are you telling me this? I am a karate instructor not a physician. If you are that badly injured, don't train." I suspect the reason for the upfront explanation is that we all know what is expected of us in a training session. It requires effort and commitment. That being the case, why come and ask me for a permission slip to take it easy for the night.

Before I irrevocably offend anyone who is close to me, let me put this into stark perspective: If we get into a conflict situation outside of the dojo, do we expect that our assailant (or assailants) will agree to take it easy on us if we explain what's wrong with us before we get down to it? No! Of course not. In order to survive we either need to get down to business straight away or else not be out on the street as a lame duck in the first place. So in our own best interests, as martial artists, it behoves us all to begin the toughening-up process now.

I've been around long enough to know that when most people ask us how we are, they really only want to hear, "I'm fine/excellent/very good thank you." I've seen people's eyes glaze over when I've attempted to outline my issues and I've come to realize that no one is more interested in my problems than me.

Bruce Lee once injured his back so badly that physicians told him to forget about gung fu, because in their view, he would never be able to kick again. He was confined to a hospital bed for 3-months and then to 3-months home rest, during which time he drafted the basis for his seminal work, The Tao of Jeet Kune Do. He refused to succumb to his injury and eventually recovered.

Maybe this is too much of a generalization and perhaps a bit unfair. And if we were training in anything else other than the art of conducting warfare, I'd gladly put my hand up to that one. We've all got our problems, but rest assured, as bad as we may think our lot is, there is always, ALWAYS, someone, somewhere far worse off than we are. If you read my blog as linked above, it will lead you to a story about Kanazawa Sensei that can't help but inspire all of us as karate-ka.

For a more recent example of someone who didn't complain or explain; Richie McCaw's performance in the rugby world cup final last year was exemplary, despite carrying a very heavy, potentially career terminating injury. It's arguable, that without his fearless efforts and leadership on the field of play (read: battlefield), the cup could be sitting in France right now. 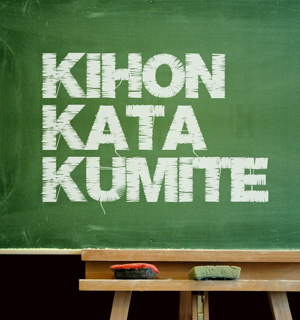 The Three Ks of Karate
Training and Technique
By Paul A. WalkerThe educational system often talks about the 'Three Rs' of Reading Writing and Arithmetic. To a casual observer, one might say that the education system was flawed from the very begin...
Read More
The four ways Parkour has changed me for the better
Training and Technique
After a crazy weekend at the movement Jam in Auckland, I am painstakingly putting together the very first ever episode of my hitch hiking documentary. Three days of running, leaping, vaulting and fli...
Read More
Teeth of the Dragon
Personal Blogs
Working with schools whilst running my self-defence programme I was looking at the Maori weaving patterns adorning the reception walls. Noho Taniwha, the teeth of Taniwha; to the European perception t...
Read More