Is a traditional Japanese sword with a shoto blade between 30 and 60 cm, with an average of 50 cm. It is similar to but shorter than a katana.

The wakizashi was usually worn together with the katana by the samurai or swordsmen of feudal Japan. When worn together the pair of swords were called daisho, which translates literally as “large and small”. The katana was often called the sword or the long sword and the wakizashi the companion sword.

The first usage of a wakizashi dates back to the period between 1332 and 1369. After the Muromachi period the rulers of Japan tried to regulate the types of swords and the social groups which were allowed to wear them. This was to enhance the reputation, power and the class of the samurai class, who were the only social class permitted to carry the daisho. In the late Momoyama period the government passed laws which categorised the swords in accordance to their blade length. Nevertheless, there were people who openly disobeyed the laws and carried long wakizashi, which were approximately the same length as the katana. This was caused by the confusing definition of katana, wakizashi, and tanto of those times, and some townsmen and members of yakuza gangs carried such swords.

The master swordsman Miyamoto Musashi (1584–1645) was known to have wielded a katana and a wakizashi in respective hands in order to fight with two weapons simultaneously for maximum combat advantage When taking enemy samurai heads on the battlefield, victorious duellists may have preferred to decapitate beaten fighters with the wakizashi instead of the katana. The executioner (alone or with the help of comrades) would seize the struggling or immobilized victim, remove the victim’s helmet, hold the victim’s head in place with one hand and cut off the trophy with the wakizashi in the other hand. Slicing off heads single-handedly would have been easier with the shorter wakizashi than with the longer katana. Using a katana to hack off the head of a victim who was wearing armor or lying on the ground would mean to risk damaging the katana blade.

When entering a building, a samurai would leave his katana with a servant or page who would then let it rest on a rack called a katana-kake, with the hilt pointing left so that it had to be removed with the left hand, passed to the right, then placed at the samurai’s right, making it difficult to draw quickly, and reducing suspicion. However, the wakizashi would be worn at all times, and therefore, it constituted a side arm for the samurai (similar to a modern soldier’s use of a pistol). A samurai would have worn it from the time he awoke to the time he went to sleep, and slept with it under his pillow.

In earlier periods, and especially during times of civil war, a tanto (dagger) was worn in place of a wakizashi.

Contrary to popular belief, the wakizashi was not the sole tool used in the ritual suicide known as seppuku; this usage was also commonly assigned to the tanto.

Sword pictured from the Edo period.

sara
This comment was minimized by the moderator on the site

you should have more pictures about the wakizashi sword...

sara
There are no comments posted here yet 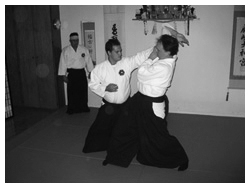 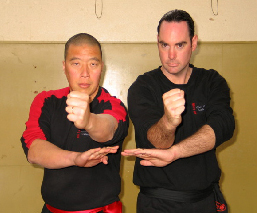 An Interview with Sifu Dana Wong
Interviews
Sifu Wong is the Founder and Chief Instructor of the Qian Li Dao Academy of Melbourne, Australia Q: What got you interested in martial arts in the first place? Sifu Wong: Like so many, I was a skinny ...
Read More 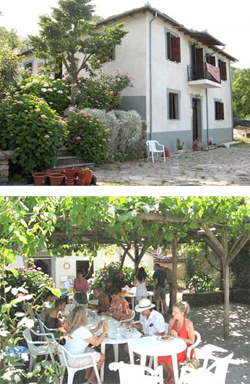