Hello, my name is Caleb. I am new to the blog stuff and I am looking for some guidance.

At the moment, I am on federal probation for possessing marijuana on a military installation. I am half way through my probation, but I'm in a town where it surrounds me. I also got into stealing and it cost me some friends and it got me into trouble. Then while I was in trouble for stealing, I trusted a "friend" who offered to help me out while I was struggling. Well that ended up hurting me also. Giving me another larceny charge. I have managed to keep myself out of trouble lately, but now I'm jobless and I'm always worried about my next meal and money for bills. I was only thinking 'money, money, money,' so I started growing a marijuana plant. I know that on a good plant I would get around $500. Nobody knew about it, but my uncle (the person I was staying with) went in my closet for something and kicked me out. My Dad is a US Marine and my Mother used to be one also. They moved to Okinawa when I got put on probation and I could not go.

Now from my description I have just given I know I am describing a criminal, I can't lie. I was, but lately, I've been wondering about myself and the person I have turned into. I was never like this. While in high school, I played soccer and I wrestled. I won the regional match and came in 5th at states, but I beat the state champ at regionals 10-0. I was in MCJROTC and worked hard in that. I played the trombone in the marching band, jazz band, and concert band. I also sang in the chorus. I was also a boy scout and achieved the rank of Life Scout, but never achieved my goal of Eagle Scout because of laziness. My parents did a fantastic job of raising me. I have very good manners and I have learned to keep my cool when things get heated. I treat ladies right and only try to see the best in people. In high school, my work ethic was extraordinary. I mean I wasn't a straight A student, but to achieve my goal of making it to wrestling states I went through one of the toughest years of training I think anyone can have. After wrestling was over and I didn't win I just let myself go. I'm not overweight, but I'm not nearly as strong or as explosive as I was. Also, anytime someone needed my advice they would listen and usually be alright, but now people see me as a joke. I do not blame them. I was very popular, but now I feel like I'm an outcast or a village idiot. My recent brain farts have had me lose a lot of good people who thought of me as someone who would make a big difference in our world and I would be a hard worker. I feel as if I have failed. My ship has sunk and is laying on the rocky bottom. My only thoughts have been to get back on my good path. I want a job so bad so I can prove to people I am a hard worker, but it's hard to get a job right now. I look every day and I always hear the same stuff. We're not hiring at the moment, but keep calling or come in next week."

I want to learn about meditation to ponder my mistakes and learn from them instead of making the same mistakes as a felon. I miss the old me but don't know how to get back. I just want to learn. Thanks for listening. 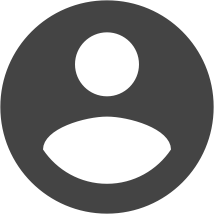 Hi Caleb, it sounds to me like you are well on your way to being the old you. We all make mistakes, don't dwell on them. Become the person you want to be. The main thing is ACTION, don't just talk. Good luck and keep us know how you go.

Beth Johnson
There are no comments posted here yet

Catharsis of the Mind
Personal Blogs
“Don't think. FEEL. It's like a finger pointing at the moon.Do not concentrate on the finger or you will miss all of the heavenly glory!” – Bruce Lee
Read More
Martial Arts in the Movies
Martial Arts
Hey there,Its been awhile I know, I am not good with computers so bare with me. I also started in a butchering job, which to be honest makes me want to go back to my vege ways.So the last few weeks I ...
Read More
up date on self defense in the park
Martial Arts
So I looked at the weather forecast and we should be good for Saturday. How it will work is I'll be in Albert park from 11 till 1. Come down anytime between and I will give you a few moves based off t...
Read More

My life feels like it's on hold...
Life
Personal Blogs

So I've just recently moved to a new city, closer to family and friends.  This is a great fact about my life right now.  I have a girlfriend, who I've been seeing for almost a year, and I have a great job.  Everything is great, right?  Not necessarily.