Sometimes people tell me that I am a person of contradiction being a martial artist and self defence instructor as well as an IT professional. I don’t see the big contrast as to me both martial arts and IT are two areas which reward individual drive, learning and commitment and both provide abstract concepts as solutions to real-life problems. Just as I challenge myself and grow as a martial artist I am also constantly updating my IT professional certifications and knowledge as new products and operating systems are released. This is what excites me about both martial arts and the IT field; the fact that to succeed you have to be committed to being a life-time learner.

Both IT and martial arts provide me with skills that intimidate people. It is what I love doing but am never totally satisfied as I am always looking to improve and grow. One parent told me the other day that she likes that I go hard in drilling the correct stances in my Taekwondo classes. I would be doing my students a great disservice if I did not correct them. There is no grey area either the stance is correct or it isn’t. Often it is not enough for me to teach and demonstrate the skills in class I expect my students to get familiar with the techniques by doing some repetitions at home. As the moves become embedded in the neuromuscular memory the dreams of competency will become a reality.

I find that life is complicated enough as it is so I try to keep things simple. My side of the agreement is to show and explain everything in a straight forward fashion but the agreement from my students is to practice these skills at home. I have observed measurable results from those who came to me as novices. Most importantly I am looking to foster the correct attitude. In both IT and martial arts there is an onus on dealing with the human element; how you deal with people, how you deal with a live situation.

Finally I find both IT and martial arts get us to set and achieve goals and challenge us. An IT exam or a martial arts grading is simply a hypothetical way to test our skills and knowledge, a bit like a show where we are the stars. Going to an exam prepared there is no longer a reason to be nervous but rather a reason to be confident. By breaking through fear, having full control of our emotions and mastering our physical body and mind we are able to eliminate the self-defeating thought patterns and behaviours and progress towards our goals.

New Perspective
Martial Arts
Running Krav Maga got me working mostly with adults however the launch of the Taekwondo classes has once again got me working with kids. The last couple of weeks I have been working with the school ki...
Read More
What is the JKA
General Interest
A Brief History of the Japan Karate Association Originally, the martial art Te (“Hand”) developed in Okinawa as a system of self-defense. Due to Okinawa’s frequent contact and exchange with China, it ...
Read More 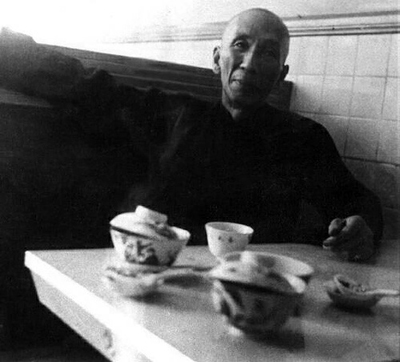 Yip Man (Ip Man)
Legends
1893-1972 Was the first master (sifu) to teach the Chinese martial art of Wing Chun openly. He had several students who later became martial arts teachers in their own right, including Bruce Lee. Yip ...
Read More

Dojo Kun - literal translation means "training hall rules". There are five main rules that serve as guiding principles for all who train in the dojo. Although they are usually listed in a set order, no one rule is more important than any other. To emphasise this all five are prefixed with hitotsu and end with koto, which together mean "one point".

One Point! Seek Perfection of Character

Here's my take on Seek Perfection of Character. The important word to stress here is "Seek", not find, obtain or acquire but Seek, as in "look for" or "search for". The inference being, you'll spend your whole life in pursuit of this worthy goal but you probably won't find it. Using the paradox of Zen Wisdom to make sense out of nonsense, as human beings we are all imperfect and yet we are all perfect in and of ourselves at any particular point in our lives. We all do the best we can, with what we've got at any point in time. If you work on the premise of "good, better, best" at the end of each day we can say to ourselves, I did good today, tomorrow I'll do better, and eventually, I'll find the best way. But that best way is way off in the distance. It could be argued that our characters are perfected at the moment we draw our last breath because we cannot hope to seek any further from that point on, and if we cannot seek then we cannot possibly find what we have spent a lifetime looking for — the perfection of character.

To illustrate the point of this being a life-long pursuit, the following extract comes from an article by renowned martial artist and author Dave Lowry entitled Not Yet, Not Yet from the February 1989 edition of Black Belt magazine.

In 1957, when Gichin Funakoshi was 89 years old and only a few months away from his death, he was speaking to some of his students about karate technique. Making a fist and rotating his elbow, Funakoshi performed soto ude uke, the outer forearm block. "I believe I might finally be beginning to understand this," he is supposed to have said.

Other sources have stated oi-tsuki as the technique in question, which is of little matter as the point is clear. That's a very basic technique the recognized father of modern-day karate was still "perfecting" at the age of 89. Whenever you get the opportunity to train with a master, don't be dismayed if you've paid a hefty seminar fee and all he does is go over the basics. Pay very close attention if this is the case. The devil is in the detail as they say. We can spend several years believing we are practicing a technique the right way only to find that we've been practicing the wrong way and it then takes a lifetime to correct.

Dojo Kun - literal translation means "training hall rules". There are five main rules that serve as guiding principles for all who train in the dojo. Although they are usually listed in a set order, no one rule is more important than any other. To emphasise this all five are prefixed with hitotsu and end with koto, which together mean "one point".

One Point! Be Faithful

Here's my take on Be Faithful. First of all, we need to ask, "be faithful to whom or what?" Are we able to interchange the term "be loyal" and still achieve the same outcome? Does one stand to be accused of heresy if we fail to observe this rule and consider other art forms worthy of our attention? What we proudly refer to as Shotokan karate, Bruce Lee would have categorized as part of the "classical mess".

I think we need to understand whether this rule is specific to Shotokan, or to Bushido, or to Funakoshi, or to our own Sensei perhaps. Or maybe it's more generic than that. Maybe it's referring to each of us as individuals. Maybe Funakoshi was tasking us with being faithful to ourselves as individuals. Whether we are in the dojo practicing karate or outside practicing life!

There are two quotes that have served me well for many years now. First, inscribed in the forecourt of the ancient Greek Temple of Apollo at Delphi, "Know thyself". Second, from Shakespeare's Hamlet, "To thine own self be true." Translating these into modern day English and combining the two, we can arrive at, "First, know (understand) your "self", then, once you have, be true to your "self". Which, after all is said and done, is easier said than done. And, as Bruce Lee said, "to express oneself honestly, not lying to oneself ... is very hard to do."

Bear in mind that this is not a one-off exercise performed at an early age and set in stone for life. It's a continual process as we wade through life learning and growing with each and every passing day. Strive to be the best version of you that you can possibly be and you can't go too far wrong. The Dalai Lama offers some simple guidance on how to achieve this, "Be nice person." It really is that simple.

Maybe we'll never know exactly what Gichin Funakoshi intended when he penned this two-word rule that has spawned many attempts at a plausible explanation. Perhaps he intended it to be deliberately vague, obtuse and somewhat ambiguous. I think starting with being faithful (or loyal) to your own self is a good place to start because we probably can't be faithful or loyal to anyone or anything else if we can't first afford ourselves the same grace.

Karate-dō, like any other art form, is much bigger than any single individual. It doesn't have intellectual property rights attached to it, or at least, it shouldn't have ... because that would be a business venture! Karate is for all people to study and practice as a matter of choice. We adhere to standards and rules because that's what differentiates Shotokan from other styles of karate, and karate from other forms of martial arts. So, you can choose to ignore the dojo kun if you so wish, but just be aware that if you do, your welcome in most dojo's would be short-lived.

Last weekend I ran my Intro to Krav Maga seminar at Glenfield. I was fortunate enough to have the editor of PhysicalArts attend my seminar. I think all who attended had fun and walked away with a few useful techniques. Those attending got to experience the rawness of the system with its direct striking methods (combatives), its tactical approach and simple self-defence applications.